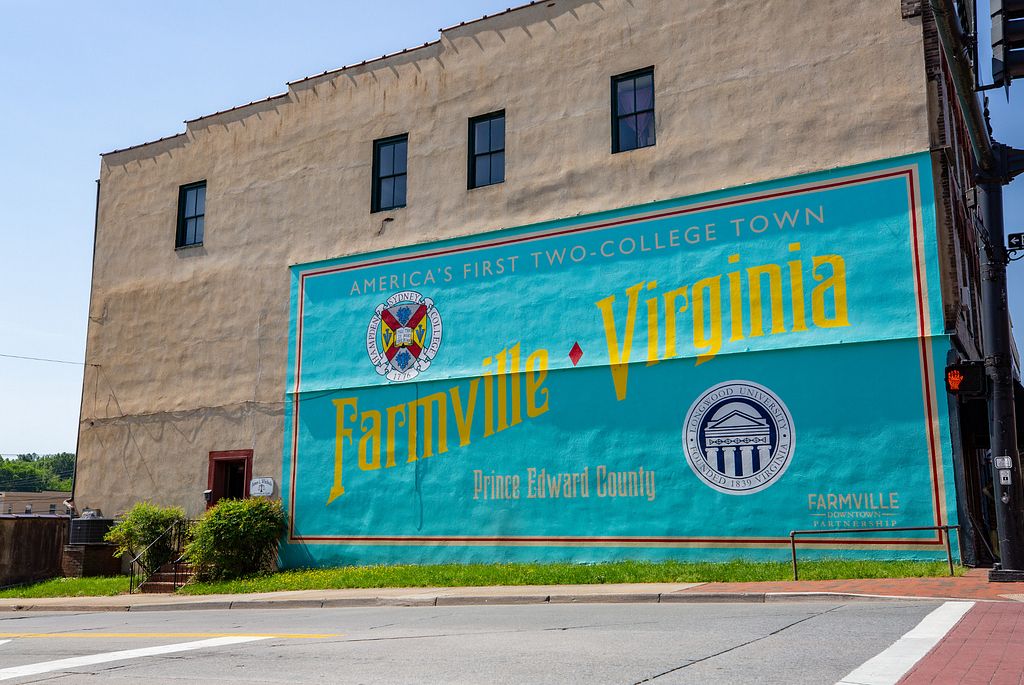 Farmville is known as the “Birthplace of the Student Civil Rights Movement.” Arrive and head to the Robert Russa Moton Museum. While the fight for desegregation was heating up in the late 1950s and early ‘60s, the country saw plenty of protests and counter protests, as well as walkouts, sit-ins and boycotts. One such walkout was especially powerful because it occurred in 1951 and was led by a young student: 16-year-old Barbara Johns. They rallied a group of students and organized a walkout of all-black Robert Russa Moton High School in protest of the school’s poor conditions. The NAACP then teamed up with the students and worked to integrate the schools of Prince Edward County. The lawsuit filed against the School Board of Prince Edward County was later incorporated into Brown v. Board of Education, making Farmville a key destination to learn about school integration and the overturning of Plessy v. Ferguson. In 1993, the building that formerly housed Moton High School was closed, but the school was declared a National Historic Landmark in 1998. 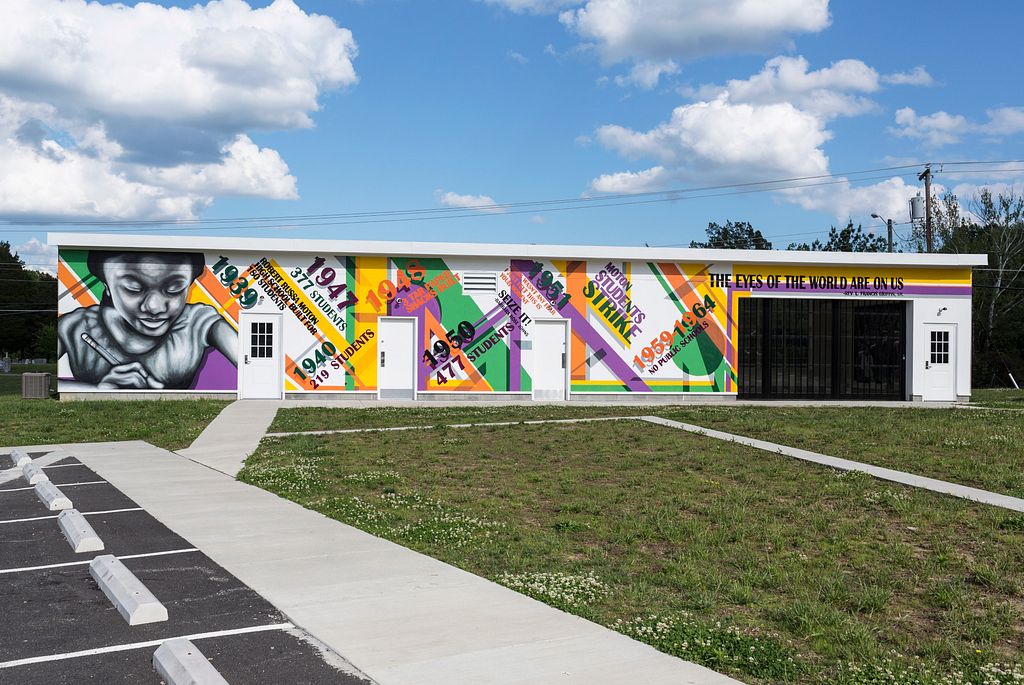 Depart the museum and make your way to the Adventure Park at Sandy River Retreat. The park lets you zip through the treetops on 20 zip lines and navigate 60 obstacles! It’s the state’s largest aerial adventure park. 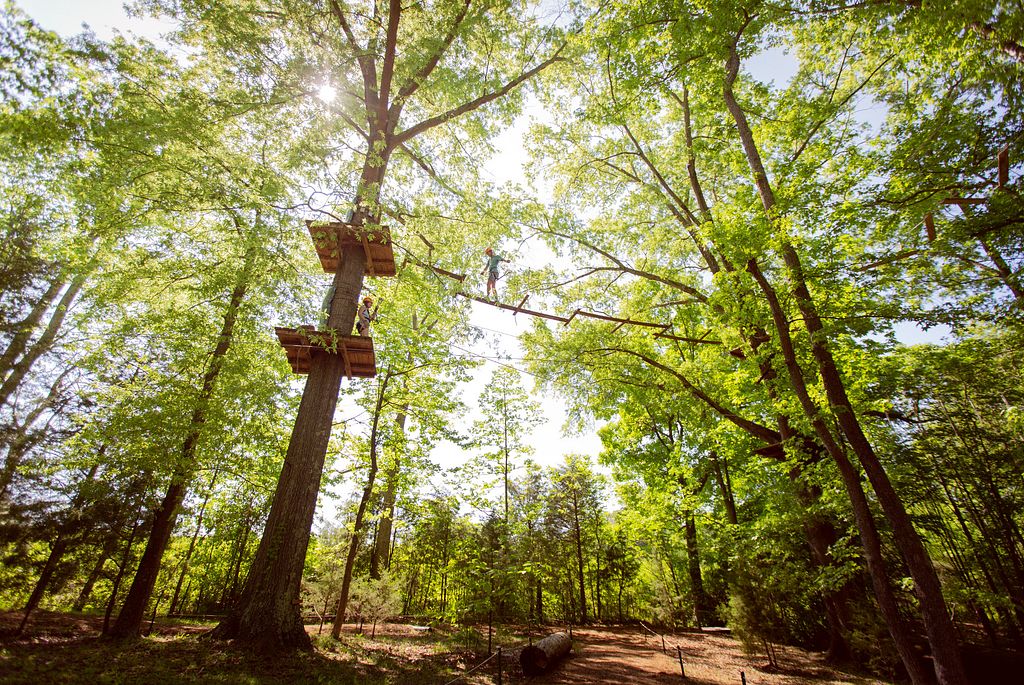 After your outdoor adventure, check-in to the Hotel Weyanoke. A Farmville staple since 1925, Hotel Weyanoke was built to welcome movers and shakers —to bring people from all walks of life together. 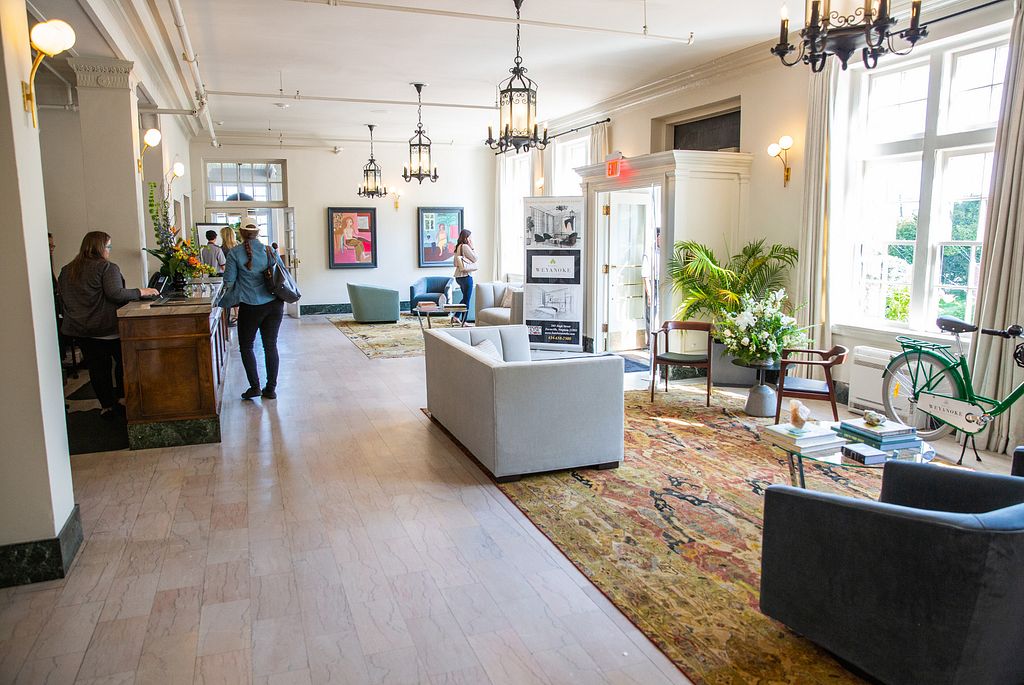 Hungry for dinner? Walk to Charley’s Waterfront Café. Enjoy the beautiful views as the restaurant overlooks the Appomattox River. 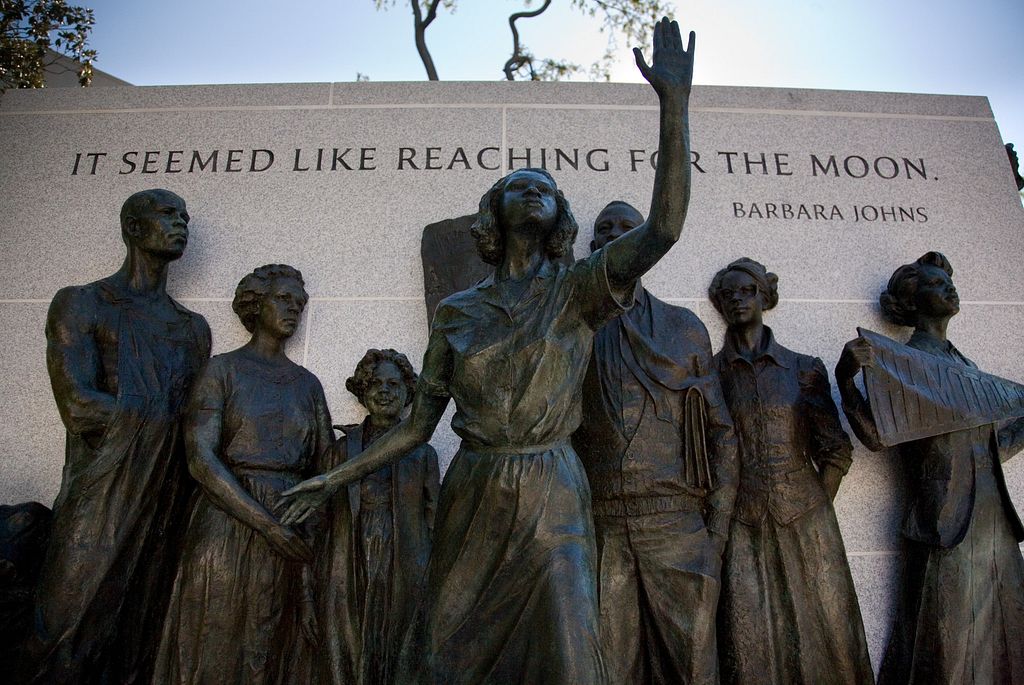 After breakfast at Effingham’s inside the hotel, travel east towards to the coast to Richmond. When you arrive at the Virginia State Capitol, you will have the opportunity to visit the Virginia Civil Rights Memorial, paying homage to Barbara Johns and the 1951 Moton student strikers. The Black History Museum & Cultural Center celebrates the rich culture and moving histories of African American people in Virginia and their contributions to Virginia and America.

After the museum, head to Mama J’s for some lunch. Mama J’s Kitchen is family-owned and operated and celebrates the family tradition of going to grandma’s house for Sunday dinner.

Next, visit the Virginia Museum of Fine Arts. The museum is open 365 days a year and now is the permanent home to a 27-foot statue that is on display permanently outside, entitled “Rumors of War,” by Kehinde Wiley. 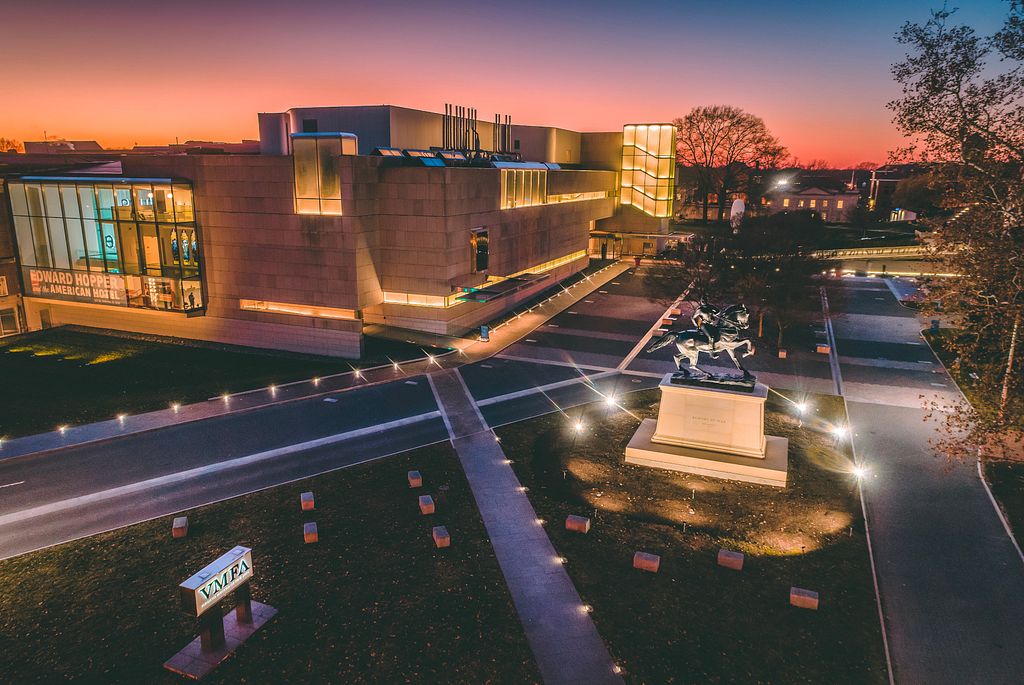 Ready for some shopping? Carytown, the “Mile of Style, is walking, shopping, restaurant, and services community. Stroll along our nine blocks of unique small businesses at the southern end of the Museum District in Richmond.

Ready to relax? There are so many lodging options in Richmond. From the Quirk to the Jefferson to the Graduate, there’s a lodging type for you. Check out all of the options listed here. 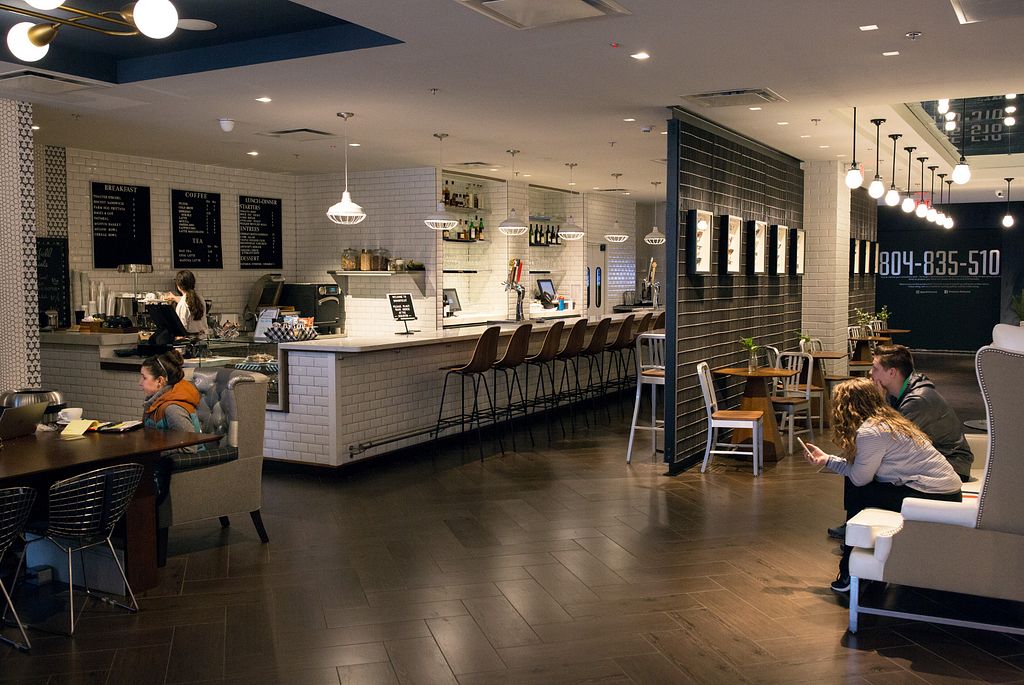 Order curbside coffee and breakfast (served all day) at Urban Hang Suite, Richmond’s only social cafe nested in the eclectic mix of the Arts District, Downtown and Jackson Ward Communities.

Your next stop – visit the home of Maggie L. Walker. Maggie Lena Mitchell was born in Richmond in July of 1864 to Elizabeth Draper, a formerly enslaved woman. Maggie grew to become the first woman to serve as President of a bank in the United States as well as a dedicated civil rights activist and member of the NAACP board. The Maggie L. Walker National Historical Site contains many of the original furnishings and offers visitors a glimpse into the life of this extraordinary woman. 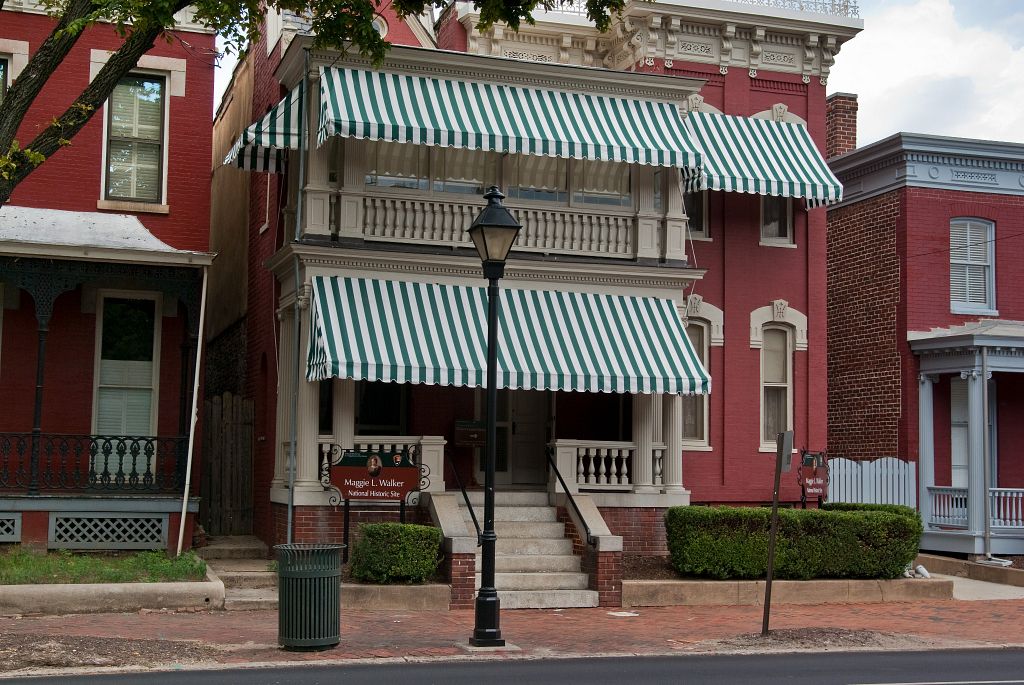 After breakfast, take a drive around the city to explore the various historical markers honoring those who fought tirelessly to bring justice and equality to all. The first stop is Broad Street between 6th and 7th Streets. The site is that of former Thalhimers department store. On February 20th, 1960, Virginia Union University students entered the Whites Only lunch counter and after being refused service, stayed until the business closed. They were ultimately arrested but their convictions were overturned in 1963. A momentous victory for the civil rights movement!

The next markers, located at the Lewis F. Powell Jr. United States Courthouse, honors Oliver Hill and Spotswood Robison. Both were civil rights attorneys in the Davis v. County School Board of Prince Edward case. This case was one of five cases consolidated into Brown v. Board of Education which deemed the segregation of public schools unconstitutional.

The final marker, located at 1400 Hull Street, recognizes Richmond born activist and trailblazer, Dorothy Height. Height was a paramount advocate for both civil and women’s rights and was awarded both the Presidential Medal of Freedom in 1994 and the Congressional Gold Medal in 2004.